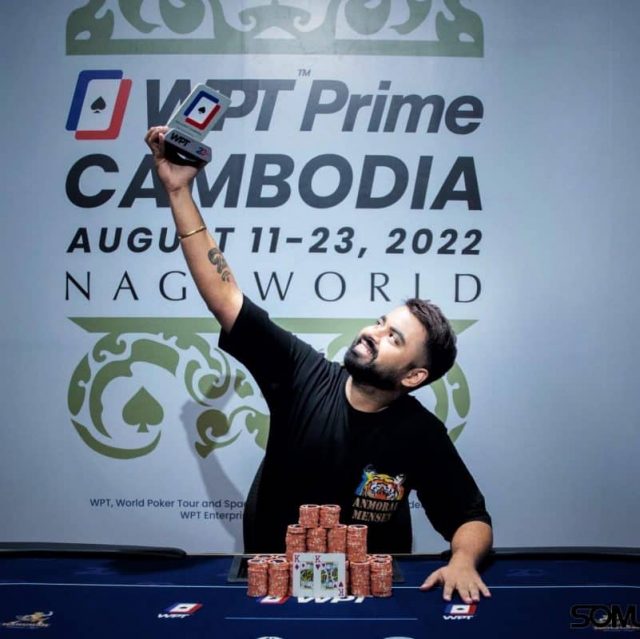 WPT Cambodia, a poker series I will never forget. So I literally made plans to go to Cambodia a week prior from the start of the series and what a decision it turned out to be.

WPT generally gets big numbers but good thing to see was that everything started on time and people wanted to play from Level 1. I made sure that I was on the tables as soon as they started to get the best out of the fun players other the Main Event, where I had a different strategy. It was great to see people going all in for 200 Big Blinds with top pair. I knew that these games were going to be juicy. I started the series with a bang, making the final table of the first event along with my friend Anmol and ex-coach Ashish, both fierce competitors. I got pretty lucky in the start, making hands and also getting paid for them. Unfortunately, we had to settle for 4th.

Halfway through the series, I registered for a Superstack event with a buy in of $400 and was average stack throughout the event but picked few key hands in the later stage and built good stack to reach the final table. Had a fun player on the final with 80% chips who was calling a lot preflop, I waited for a good opportunity and picked up QQ facing an open shove from the chip leader and poker god made sure we won that hand. Down to 4 players, I was third in chips with 15bb and blinds were only 30 minutes so decided to do ICM chop and decided to play for the trophy. After making the deal, I basically knocked out every one on the table (guess It was my sun run time) and secured my First Ever Live Trophy. What a feelinggg it was. Overall had a blast in Cambodia and would love to go back soon.